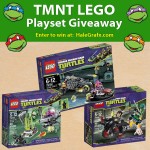 Cowabunga! It’s time for a TMNT LEGO Playset giveaway!  I started watching the Teenage Mutant Ninja Turtles cartoon back in the Late 1980’s and early 90’s when I was a young boy and also started collecting the figures. Now with two daughters of my own we have fun watching the old cartoons, bringing out the
Read More 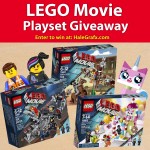 I recently reached over a 1000 likes on Facebook and wanted to say thanks to all my Fans and visitors with a LEGO Movie Giveaway. I have been collecting LEGOs since I was a little boy and have passed that love onto my children. Everyone in my house (yes, my wife too) are LEGO fans.
Read More