This little ladybug was a big part of the inspiration for a website that my wife and I created all about ladybugs. I designed Libby the Ladybug entirely in vector format (Adobe Illustrator) and have illustrated many variations that are used around our website everything-ladybug.com.

I originally created her as a part of a character group for children’s ladybug books. I’ve been illustrating a lot of little animals and insects in this particular vector art style that I use in flash animations and sell on products at Zazzle.com as well.

Below is the first vector illustration I came up with for Libby the Ladybug. A simple depiction of a ladybug climbing grass blades. If you are familiar with ladybugs and their behavior they can often be found climbing grass, weed patches and all kinds of other plants cleaning them of pest insects given the right time of year. 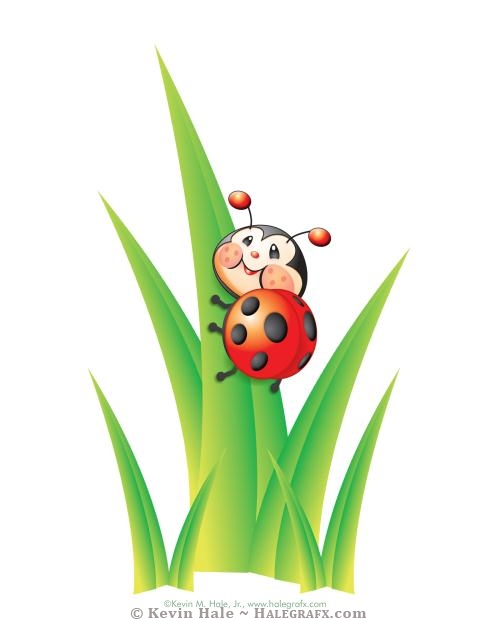 To give children an fun and easy to understand diagram of a ladybug’s life cycle I created the below diagram using Libby the Ladybug. 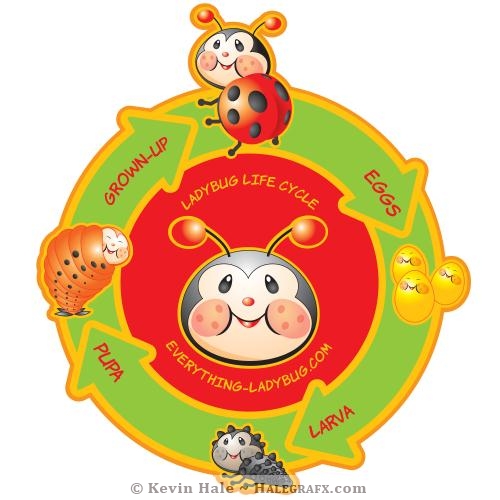 The illustration below of Libby the Ladybug flying was actually the initial mockup for a toddler computer game. The idea was to create something to introduce small children to the computer by illustrating the cause and effect using the mouse and keyboard. I created the game in flash and ended up using a little bee character instead of Libby the Ladybug. 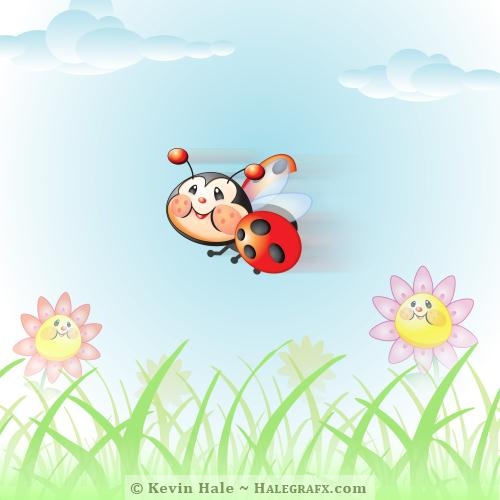 Libby the ladybug flying around