The included posters have Freddy Fazbear with a menacing smile, one of his creepy face close up and one of the terrifying team (Freddy, Bonnie & Chica) performing on stage. My daughter asked me to make these for our upcoming Halloween party. She wants to paper them all over the walls, crooked and creepy. We are even going to take some of these free FNaF posters and wrinkle them up before hanging them on the wall to make them even scarier! You can download your free printable Five Nights at Freddy’s birthday posters below! 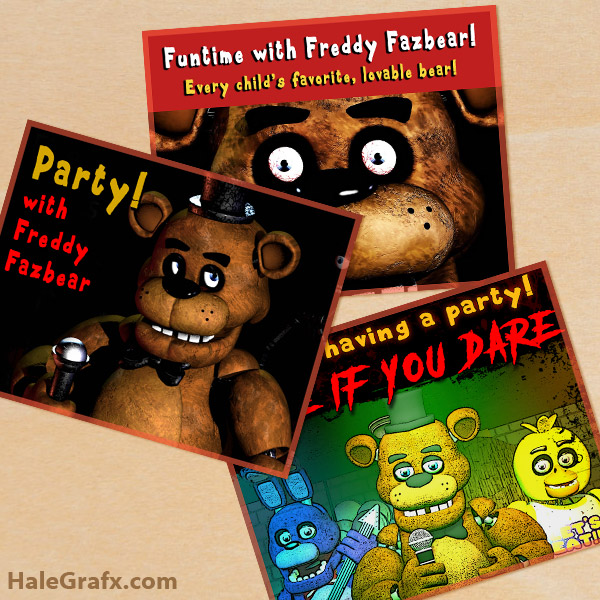 What paper is best for my Five Nights at Freddy’s Posters!

You can save on ink long term if you invest in a laser printer as well. A really great idea if you plan on doing a lot of parties with printables for years to come. Also great for scrapbookers and homeschoolers. I bought one a few years ago and love it.