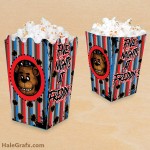 Are in the mood for a jump-scare? Here is a free printable Five Nights at Freddy’s popcorn box for your upcoming halloween or FNaF party. These are fun to print and create for a birthday or use them just for fun at night while watching a movie. Put some creepy snacks while doing a picnic at the park
Read More 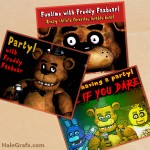 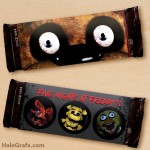 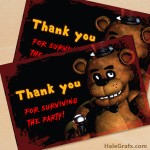 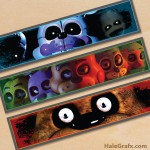 Creep out your guest at your next party! Here’s a FREE printable Five Nights at Freddy’s water bottle label set is in PDF format. These labels have the creepy animatronic performers from Freddy Fazbear’s pizzeria … Beware from 12-6am, they are coming to get you! You can cut these out, decorate your beverages at a Five Nights
Read More