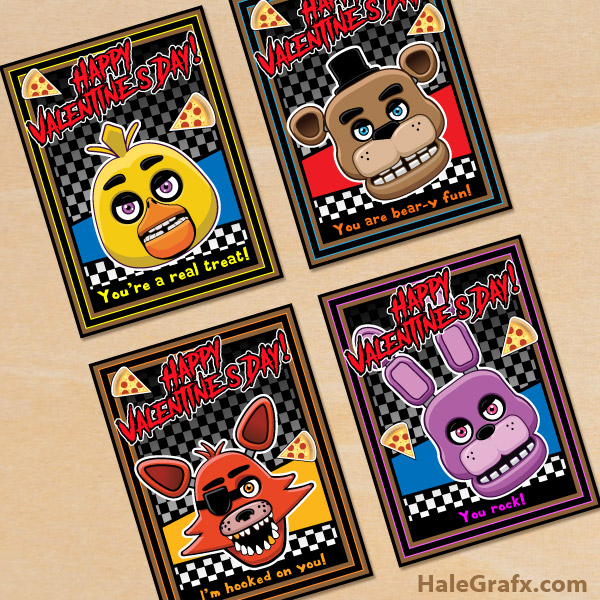 Printing your free valentines on an economical choice such as multipurpose printer paper, works great! It is easy to cut with scissors, paper cutter or x-acto knife. You can save on ink long term if you invest in a laser printer as well. I bought one a few years ago and love it. If you want your Five Nights at Freddy’s Valentines to be super strong, try using a cardstock paper.