September 19th is Talk Like a Pirate Day. The folks at RoseArt thought it would be fun if I could come up with a pirate themed Color Blanks figure and immediately the gears started turning in my head. The first thing I did was look through some of the figures that I had available and picked one that I could turn into a pirate. 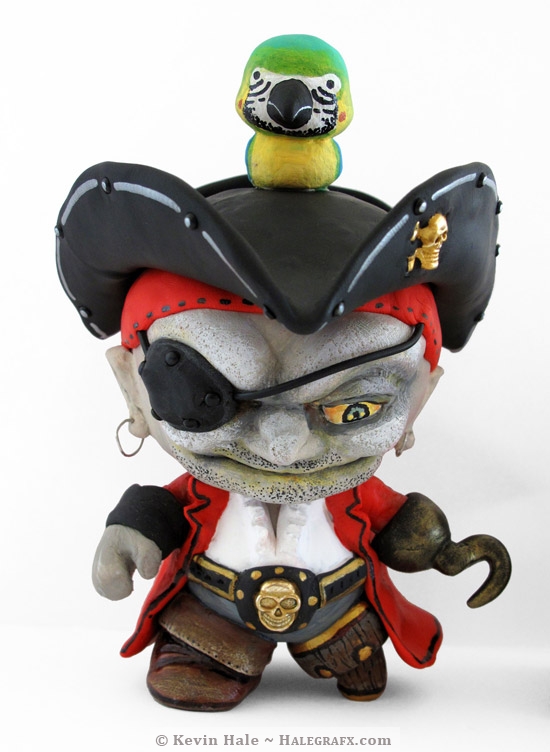 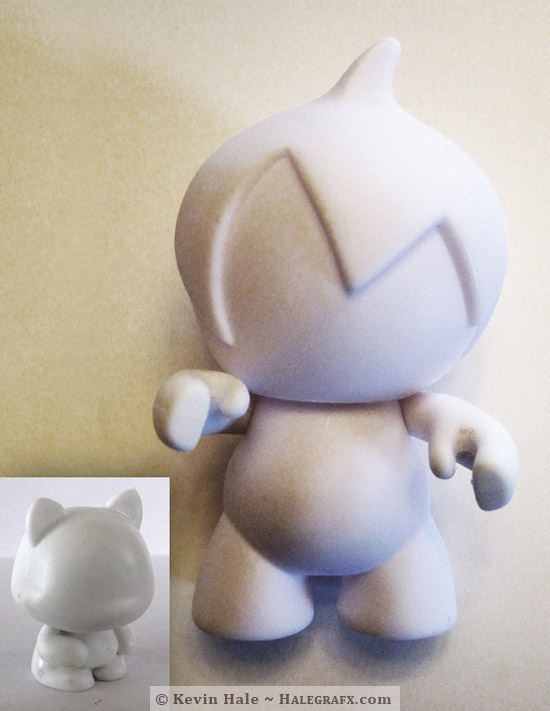 The next thing I did was create a sketch of my pirate and his parrot for Talk like a pirate day. I recommend doing this so that you can plan out some of your ideas for sculpting and painting. This also helps you build a material list. 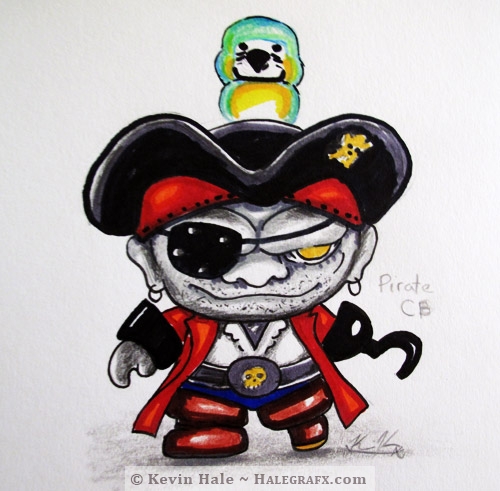 In my arts and craft supplies I happened to have this little wooden treasure box that still needs be painted and it worked perfect as an accessory to my pirate figure.

With a sketch and Color Blanks figure selected it was time to start disassembling and modifying my figure. I cut off the hands and one of the legs so that I could give my figure a peg leg and a hook for a hand. 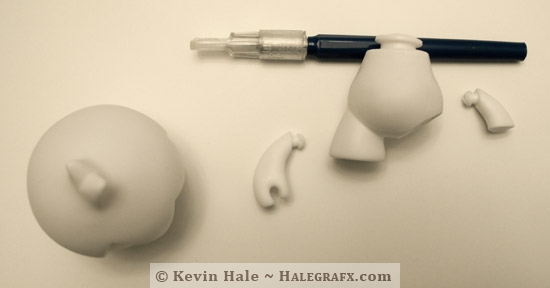 Next it was time to start working on the face. I love sculpting faces! This is where you really have a chance to give your Color Blanks character. Using polymer clay I started sculpting the face, peg leg, boot, hook and coat cuff.

You’ll note from the pictures that I completely filled in the areas with polymer clay where there was originally a pattern of hair on the Color Blanks figure. I also cut off the little cowlick that was on top. This made it easier for me to add a bandana and hat.

I used speaker wire and polymer clay for the eye patch and some simple craft wire for the earrings. More polymer clay was used to make the pirate’s coat, shirt ruffles and belt. I also found some little skull charms to use in the belt and one that I would later use on the hat. For the facial details, I painted with acrylics.

For the parrot, I removed the ears and tail from the cat figure. I sculpted on some polymer clay to make a beak and more bird-like features and then painted with various colors of acrylic paint to make it look like a little parrot.

On the finished Color Blanks pirate I’ve added a polymer clay hat along with a little cross bones skull charm. The little parrot mini figure was glued to the top of the head. I finished with various other acrylic paint enhancements and some Color Blanks markers to touch up. The treasure box was filled with little plastic beads and then coated with some gold acrylic paint to solidify the treasure inside. 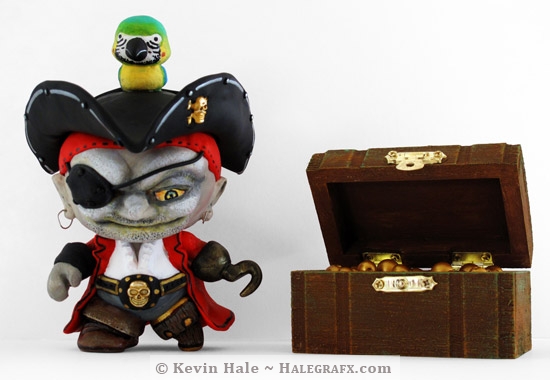 A Color Blanks Pirate for Talk Like a Pirate Day was last modified: March 4th, 2015 by Kevin Hale